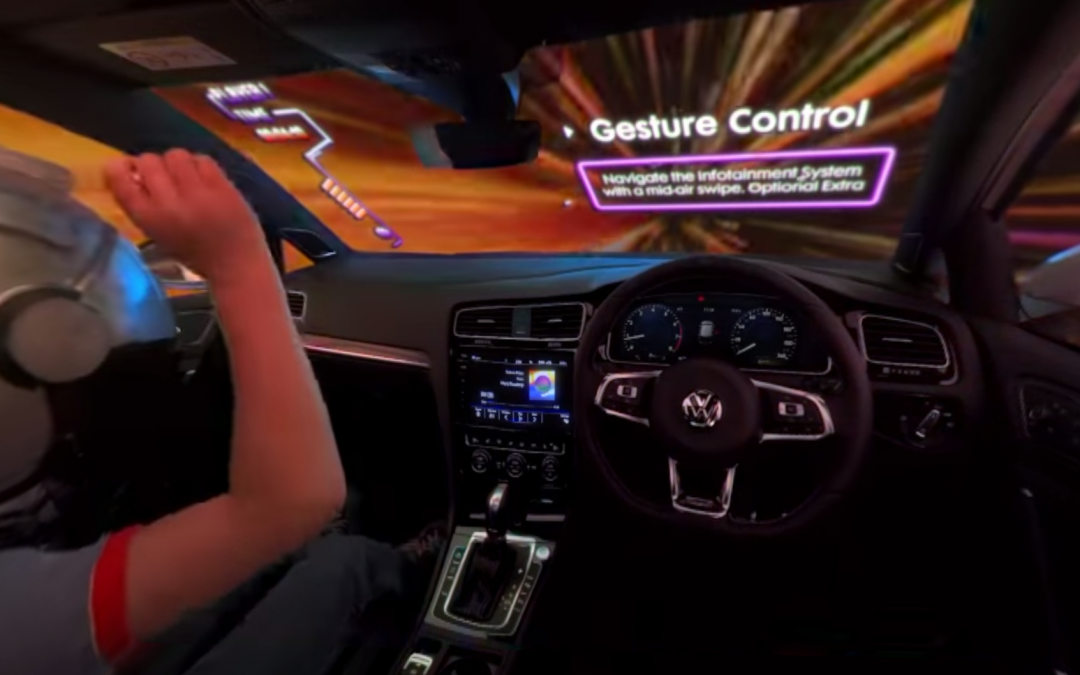 Ok, lets get one thing clear straight away. Volkswagen really knows their stuff when it comes to viral video. Back in 2011 they made one of the best Superbowl ads of all time and shepherded it to the largest possible audience with social media and YouTube:

However, sometimes the mighty can make a mistake. This month, as part of their ‘We make the future real’ campaign to roll out the 2017 Golf, VW Australia released a fun little TV ad:

Nothing wrong with that, you might say. Then someone at VW had the bright idea of pairing this ad with a 360 degree VR video which would go out on social media and YouTube. And they made this… thing:

Normally I start with a ‘What did they do right?’ section, but I couldn’t think of anything, so we’ll move on. To be fair, I kind of get what they were going for. The retro graphics evoke the 80s childhood of the grownups who might buy the Golf today. But it was always going to be hard to use those graphics in a 2017 VR video and not look like a straight-to-video remake of Lawnmower Man. The video is overlong, boring, poorly conceived, and features the worst child actor they could find in an entirely unnecessary role – why is he even there? He’s the kid from the 80s video, but he also seems to be guiding the viewer through the experience rather than experiencing it himself. This is a very confusing 1st person VR scenario.

What is this video supposed to tell us about the new Golf? I’ve watched this a few times and honestly the only thing I feel I’ve learned is that you can skip music tracks by waving your hand around instead of pushing a button (maybe I’m just being grumpy now, but that seems more likely to be done by mistake when you’re changing gear. I have a button next to my steering wheel that works just fine).

Finally, even if this video was done well, was interesting, informative and had a point, there is still a major flaw, and that’s that there’s no attempt to link the two parts of the campaign. It’s the same kid (although the helmet he wears throughout makes that hard to tell) but there was no call to action at the end of the TV ad to find the VR video online; there was no intro to the VR video that featured the kid playing his 80s video games to lead us into the video proper. The lack of any context makes this effort to integrate TV and VR a big flop in my opinion.

Having a consistent message across multiple platforms or media can be really powerful, whether it’s video and print, TV and social media, or web and outdoor billboards, but make sure that there’s some thought put into how people are actually going to experience it in the wider context of the campaign.