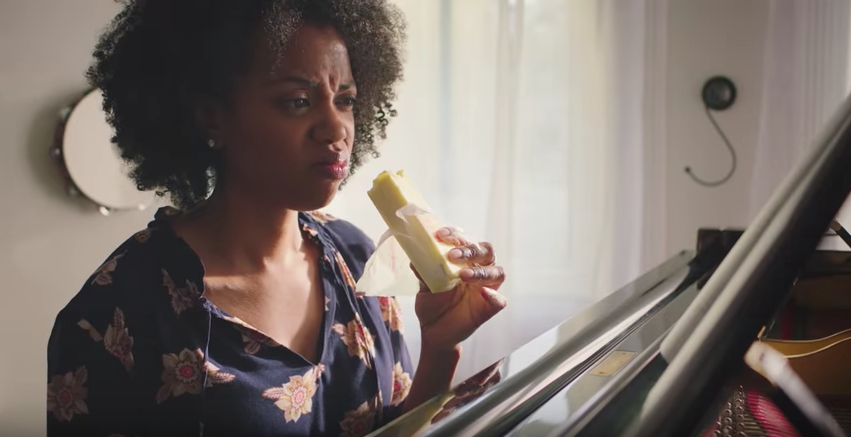 Citi have launched a new video campaign aimed at getting people

talking about money. What aspects of video marketing did Citi nail with this ad, and how could they have done even better?

It’s short, quirky, and about 2.7 million people have watched it so far.  Pretty good, right?

Citi have found an interesting way of bringing up the question of money taboos.  Showing some gross things people would rather do than talk about money is much more fun than just saying ‘people find it awkward or hard to talk about money.  By keeping the video short but leaving the text until the second half, the viewer is intrigued. Why are people are doing these weird things?  That has resulted in viewers watching 87.5% of the video on average, which is really good.

Apart from the fact that they presented a problem without proposing a solution, Citi have focused far too much on one thing – increasing their view count.    In fact, this is not really a viral video, as it is not being shared by people.  It’s just pretending to be a viral video.  Perhaps Citi thought that people would see the high view count and think it must be worth watching.  I can guarantee that the vast majority of those 2.7 million views are from paid ad placements on YouTube.  How do I know?

Because the engagement on this video is horrifyingly bad.  On 2.7 million views, the video has 18 comments, 51 likes and 18 dislikes.

YouTube marketer Dane Golden says that a successful video generates around 5 comments and 40 likes per 1000 views.  I can confirm these numbers based on my study of viral videos and my personal experience.  The Citi video campaign is getting around 0.1% of the engagement we would expect to see if people were choosing to share it.

Views aren’t everything. It’s better to have a video with a few thousand views which people are excited to share and comment on, than one with millions of views that nobody cares about.