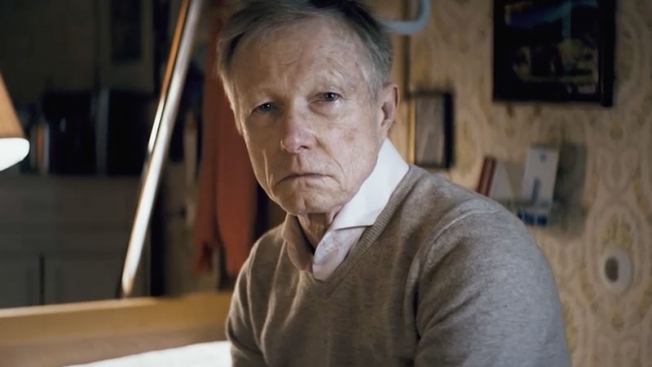 This Adidas branded video has truly gone viral, garnering over 8.5 million views in the past week.  Adidas must be pretty good at video marketing, right? Actually, there’s more to this video than meets the eye.

It’s a powerful ad, that’s getting a lot of publicity online. Unlike many other branded viral videos, I can guarantee that the millions of views it’s getting are truly viral, and not paid for advertising slots.  Why? Because Adidas didn’t make the ad.  It was actually a film school project from a student named Eugen Merher, from Film Academy Baden-Württemberg.

Normally at this point I talk about the things that the company got right in their marketing efforts. So it’s worth pointing out that the reason this has gone viral is the emotional response it creates in the viewer.   With no dialogue, but perfect music, and careful framing and editing, Merher tells an inspiring story of determination and rebellion.  Little details like the resident watering his TV at 24 seconds just add to the reasons to enjoy the ad.

What did Adidas do wrong?

Merher sent the ad to Adidas and, he says,

“They said that they didn’t support the work because they get lots of these kinds of requests, they already have their agencies, and they don’t really need it. I’m not sure if they even watched it”

OK, I can’t really blame Adidas for this response. After all, they probably have a marketing plan, that this style of video doesn’t necessarily fit into. The tagline, ‘Break Free’ isn’t one of theirs, and the logo isn’t their current one (although they are still using that old logo for their ‘Originals’ range).  I’m sure they get a lot of unsolicited content.  They may even have a policy of not looking at any of it in case someone claims they stole their idea.

But once the video started to gain traction, and a lot of positive reviews online, they could have spoken up.  It might have been a good idea to tweet about the video, or make a statement that they like it, congratulate Merher for his success, or something.  Anything, really, to be a part of this positive narrative.  Because at the moment, bloggers are saying ‘Adidas ignored/rejected this amazing video’

If you’re lucky enough to have customers who create content about your brand, make sure you have the ability to find out about it (Google Alerts can be useful) and show your gratitude in some way for their love for your brand and the free publicity you’re getting.